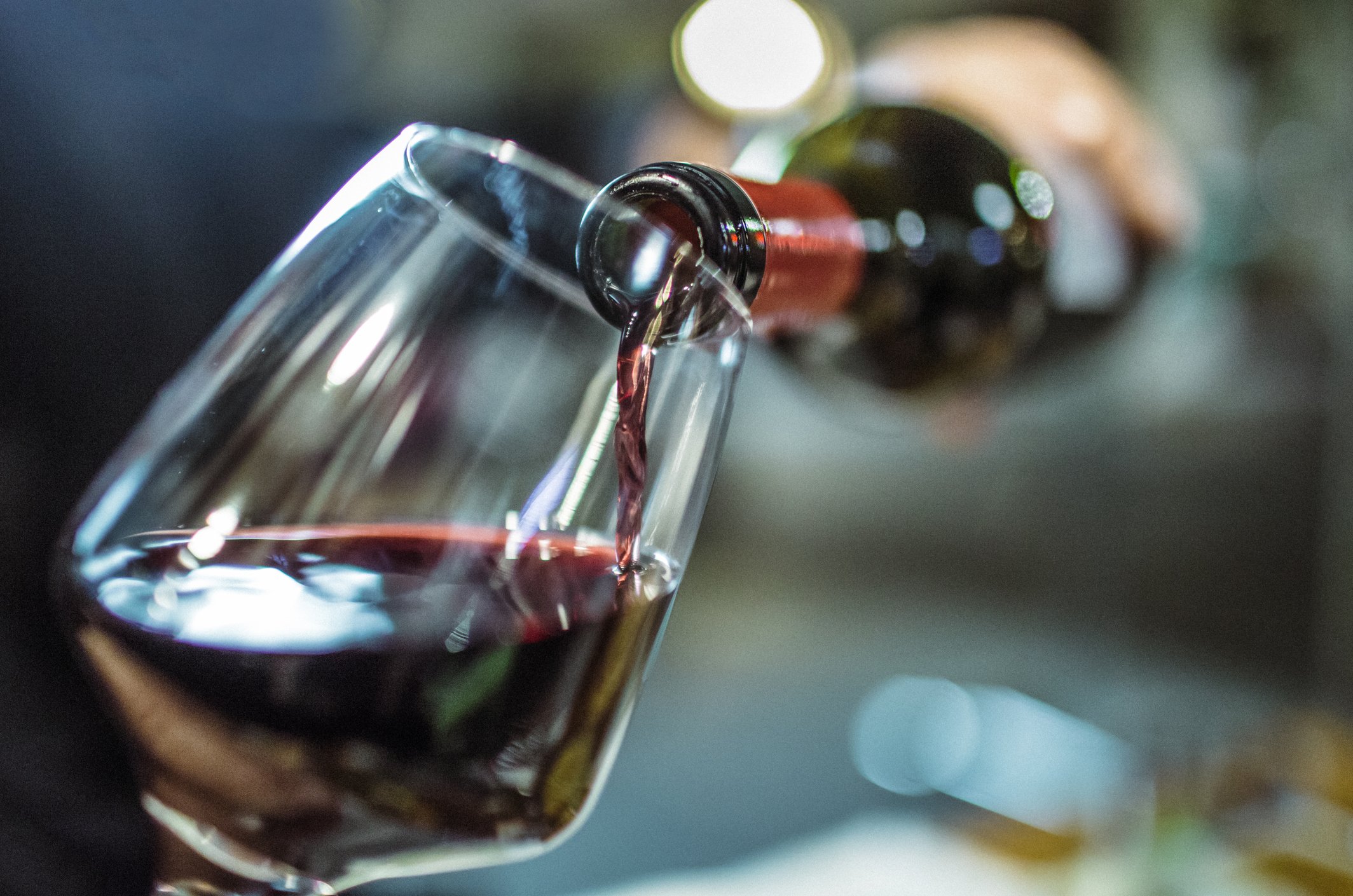 Unrecognizable person, holding a bottle of red wine, is pouring some red wine in a wine glass. (iStock)

I hear this question a lot: “Is it okay to drink wine on a keto diet?” When switching to a low-carb lifestyle (and eating plan), many wonder if they have to give up their favorite adult beverage. But when it comes to wine, there are plenty of low-carb choices—as long as you only drink in moderation.

Regardless of whether the wine is red or white, dryness is the best indicator of residual sugar. The more dry it is, the less sugar there is. Popular keto-friendly wines include Chianti, Tempranillo, Cabernet Sauvignon, Pinot Noir, Shiraz and Merlot.

How Many Carbs Are in Keto Wine?

Drier wine varieties usually have less than 4 grams of carbs per 5 ounce serving, but bottles rarely have a nutritional label or test for carb content. So, you may have to rely on taste testing to choose the ones with the least amount of sweetness.

Another indicator that can help you choose is the alcohol by volume. The higher the percentage, the drier the wine typically is. Generally speaking, you’ll want to drink wines that have 13% or more alcohol.

If you need some help getting started, you’ll find a list of top picks for both red and white keto-friendly wines that have low residual sugar below.

The flavor profile of Pinot Noir typically has notes of cherry, with florals and spices. It’s a light-bodied red wine that has about 3.4g carbs per serving. To capture the delicate aroma, it’s best to consume this red in a traditional Pinot Noir glass, with a large bowl and narrow rim.

One of the bestselling red wines is Merlot. It tends to be a bit sweeter than other dry reds and a glass usually has around 3.7g carbs. Popular brands have a complex taste of dark fruit with underlying herbs, spice, cocoa and vanilla.

The flavor of Cabernet Sauvignon will depend on the age. Those less than five years from bottling have a dark fruity taste, while more earthy tones come through when the wine has been sitting for about five years. You can expect around 3.6g carbs per glass.

Chianti gets its name from the region of Tuscany where the grapes are grown. The wine is made from 75 to 100% Sangiovese grapes and one serving typically has about 3.9g carbs. Secco Wine Club carries one with just 1.2g carbs per glass, however. Expect a fruity scent with a bouquet of cherry and vanilla.

One of the darkest wines is an Australian full-bodied red known as shiraz. It typically comes in at 3.4 to 3.8 grams of carbs per glass, but Yalumba Organic Shiraz has been shown to have just 0.3 g/L of residual sugar.

A citrusy glass of Sauv Blanc blends flavors of green apple, lime and peach. Most brands have around 2.7g carbs per 5 oz serving. It’s a popular white known for is crispness, which comes from the high acidity and low sugar. In addition to the fruit, the wine can have notes of green pepper and grass.

The white wine style Pinot Grigio is a refreshing fruity blend of lemon, lime, pear, green apple and nectarine. But it can also have a subtle honeysuckle floral tone. It’s a good choice for those doing keto, as each serving is about 3.2g carbs.

The most popular white wine is Chardonnay. It tends to have a toasted butter flavor that can be rich and oaky—or clean and crisp. Because the grapes have very little taste, there’s a lot of room to customize the flavor. You can expect a 5-oz glass to have around 3.2g carbs.

Over 75% of Grüner Veltliner wine comes from Austria. It’s known for having peppery tannins, mixed with lemon, lime and grapefruit, but what sets it apart from other dry whites is its strong acidity. Each glass has about 2g carbs.

A Spanish wine that’s getting more wine list recognition these days is Albariño. It’s a refreshing white with notes of pear, apple, lemon rind, tropical fruit and toasted almond. The grapes are native to Galicia and the Iberian Peninsula and a serving will generally have about 2.8g carbs.

Up next, 56 high-fat, low-carb keto recipes.