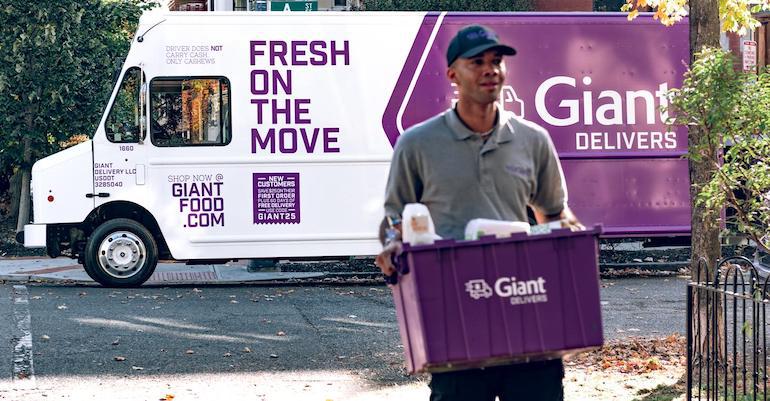 Giant Food has broadened its relationship with food and beverage accelerator Union Kitchen to serve up more locally made foods through its Giant Delivers online grocery service.

Overall, Giant sells 27 locally produced items from Washington, D.C.-based Union Kitchen, including breakfast items such as coffee and bagels and meal and snack items such as empanadas, vegan pork rinds, and keto snacks. The lineup also features expanded selections from the original brands offered in the partnership, according to Giant.

Giant noted that the Union Kitchen partnership enables it to meet customer demand for healthier fare as well as support small businesses. Accessible via the recently revamped giantfood.com website and the Giant Food mobile app, Giant Delivers serves more than 330 ZIP codes in the District of Columbia, Maryland, Virginia and Delaware.

“We are eager to continue to work with an organization like Union Kitchen to expand our offerings and support their mission of helping to grow local startup food brands,” Gregg Dorazio, director of e-commerce at Giant Food, said in a statement. “At Giant, we’re committed to offering our shoppers more locally sourced options, and our relationship with Union Kitchen is a great example of the innovation these entrepreneurs bring to our community.”

Founded in 2012, Union Kitchen works with emerging businesses and consumer packaged goods (CPG) brands to launch, manufacture and distribute local products to retailers in the D.C. area. Union Kitchen said it has partnered with more than 650 food brands since its launch and created over 1,000 jobs. More than half of the businesses supported are women- and/or minority-owned.

“We are thrilled to continue working closely with Giant Food to make ‘Made in D.C.’ products more widely available to customers,” stated Elena Rosenblum, senior director at Union Kitchen. “By building a robust local food ecosystem, through partnerships like this, we are able to create jobs, build community, and celebrate our diversity through a medium everyone loves — food.”