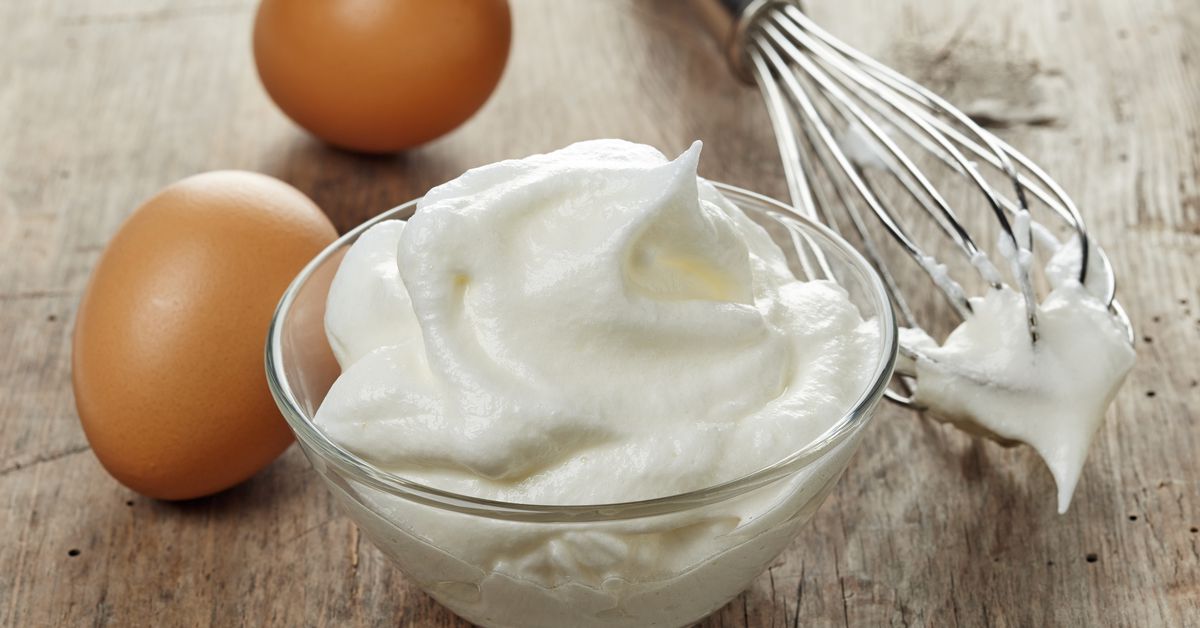 Since the beginning of August, social media has seen the rise of cloud bread, an easy, three-ingredient bread that comes out of the oven looking like a fluffy cloud. Videos show people ripping the bread in half to reveal a cotton candy-like texture, and most users add food coloring to make it look extra pretty.

As of the week of Aug. 17, the dish has inspired over 2.2 billion TikTok videos and over 35,000 Instagram posts, all tagged with #cloudbread.

Here’s everything you need to know about your next quarantine cooking obsession:

What is cloud bread?

Like Dalgona coffee, pancake cereal and other dishes that have gone viral during the coronavirus pandemic, cloud bread is made with only a few ingredients. Though recipes vary slightly from video to video, this one seems to be the consensus:

The recipe is simple, but Miami-based food influencer Valentina Mussi warns there are easy ways to get it wrong. For instance, if your oven is too hot, you risk ruining your cloud bread’s consistency.

Washington D.C.-based influencer Justin Schuble recommends keeping an eye on your cloud bread in the oven, since baking it for too long (or not long enough) can also ruin its shape.

“You definitely want to make sure you get it really fluffy and stiff peaks before you actually cook it, because that’s what’s going to give it that form,” he says.

Mussi also recommends using an electric mixer to whisk the ingredients and decorating your cloud bread with sprinkles to improve its aesthetic. And food coloring, though optional, is “what makes it the most fun,” she says.

Wang also encourages people to go the extra mile to make their cloud bread look good. When she made the dish, Wang layered blue and white batches of the whipped mixture before putting it in the oven.

“When I broke it apart, it kind of looked like clouds in the sky, because the outside was blue, and then the inside had little circles of white,” she says.

Since cloud bread is low in carbohydrates, it must be healthy, right? The answer is complicated, according to celebrity nutritionist Serena Poon.

“It sort of depends what you’re looking for,” Poon says. “It’s low carb. Obviously it’s higher in protein because of the egg whites. So, from that perspective, if those are the nutritional aspects you’re looking for, it rates high there.”

Cloud bread also lacks grain and gluten, which makes it it a viable bread alternative for those with Celiac disease, Poon says. Celiac disease is an immune reaction to eating gluten, according to the Mayo Clinic.

However, because cloud bread contains sugar and processed cornstarch, Poon says it is not compatible with a ketogenic diet, even though it’s low in carbohydrates. She says cloud bread can become keto-friendly if the sugar is swapped for Stevia and the cornstarch with creme of tartar or tapioca starch.

“People can kind of tweak it depending on what diet they’re trying to make it friendly for,” she says. ”It’s like a meringue. People are calling it a bread, but that’s basically what it is.”

How can you make cloud bread taste better?

Let’s be real: Cloud bread, like most viral dishes on social media, is known for its look, not its taste.

“I did not really enjoy the taste,” says Mussi, who shared two of her attempts at the dish on Instagram. ”It tastes kind of like an egg white tortilla. It doesn’t have much taste to it.”

Mussi says the taste can be improved by experimenting with the mixture. Adding orange extract and lemon, she says, made a big difference.

“I think it’s a matter of getting creative and experimenting, because it’s very flavorless,” she says. ”It’s a very basic recipe, so it gives you room for experimenting.”

“It was actually really good,” he says. “The chocolate version tasted kind of like a chocolate souffle at a French restaurant — very egg-y and meringue-y, but with a slight chocolate flavor. I thought it was delicious.”

Wang added ube and pandan extracts to her cloud bread.

“If you don’t add an extra flavor, you’re really going to just get a lot of that egginess that people seem to not like,” she says. ”But when you add extra extract to it, then it gives it a different kind of dimension.”